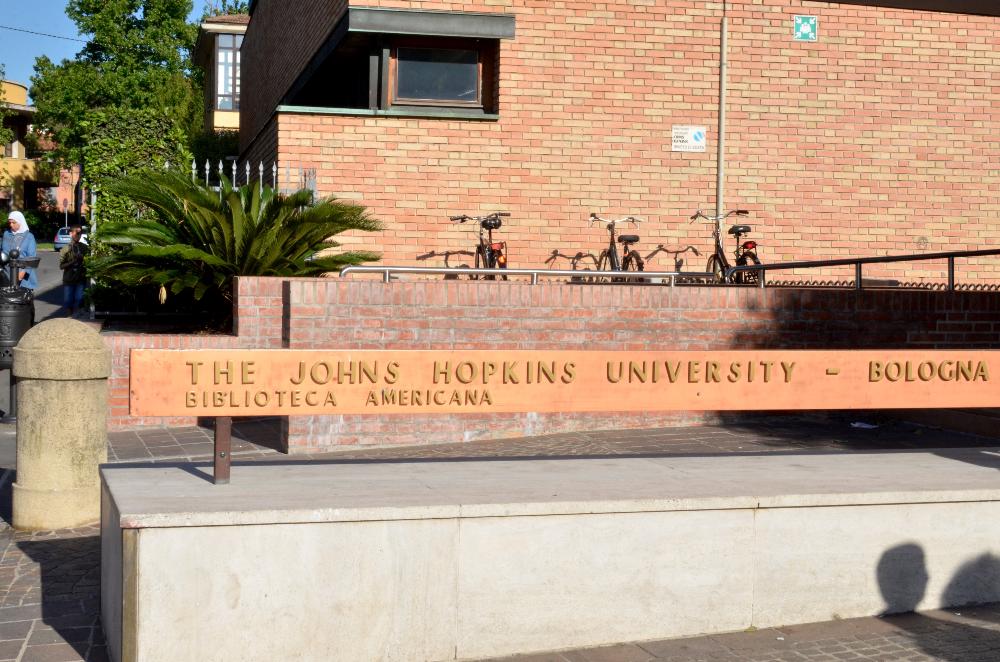 The Bologna Center is among the leading graduate schools for international affairs in Europe, offering an English-speaking interdisciplinary graduate program of study that emphasizes international economics, political science and history, geographic area studies, and languages. Students will gain access to a rich and diverse network of social, educational, and professional opportunities through a diverse multicultural and multilingual community. SAIS Europe also invites over 50 speakers to participate in the faculty research seminar such as foreign ministers, central bank governors, activists, representatives from NGOS, and business leaders.

The city of Bologna is steeped in European history coupled with important modern and contemporary political movements. Bologna’s history spans three millennia with Etruscan and Villanovan ruins on display throughout the city. But it also looks forward, its economy and lifestyle representing one of the highest standards in Europe.

The Bologna Center lies in the heart of the university district, a true city within a city. Cultural, intellectual and social exchanges make it easy for students to interact with a large variety of people from around the world. Students spend 3 years at JHU on the Homewood Campus. They spend their 4th year in Bologna, Italy at SAIS Europe and their 5th year at SAIS in Washington, DC.

The school year in Bologna runs from Mid-September to Mid-May, with an optional pre-semester term in mid-August offering Intensive Italian language and other introductory courses.

The BA/MA program with SAIS is open to International Studies or Political Science majors who: The language of instruction at SAIS Bologna is English. Students spend their senior year in Bologna, Italy pursuing coursework to count both toward their undergraduate degree in the Krieger School of Arts & Sciences and the master's degree at SAIS. The 5th year is spent taking courses at the SAIS campus in Washington, D.C.

Students with no background in Italian are strongly encouraged to take Italian language during the pre-term as well as throughout the semester.

Course offerings can be found in SIS.

For both years of the program, students pay SAIS tuition, which will be billed directly from SAIS. Students pay housing directly to the housing provider on site. Financial aid may be applied toward the cost of the program only for the year in Bologna. Students must apply separately for financial aid for the 5th year at SAIS. Additional scholarship support may be available through the Hull Family Study Abroad Fund.
Back To Top Students live in apartments in Bologna. Students should be prepared to search for apartments upon arrival in Bologna, with assistance from the on-site staff.

Students apply to the program through the International Studies website. Selected students will have additional forms to complete for the Office of Study Abroad during the spring semester of junior year, the semester prior to departure for Bologna.